".. this wonderful
book … will benefit
so many important
charities in
Somerset.”

– HRH The Prince of Wales


".It's a triumph
and to do it
during Covid
is an epic triumph!.”


"The mix of
contemporary
characters with
the culture and
history of the
county works
incredibly well.”


"The book is
beautiful.”


"I love
Deepest Somerset,
the feel of it,
the look of it,
the content,
and of course
the fact that
Mill on the Brue
is included.”


"It's a lovely book
for reading
in the sunshine
next to the
cider house
when you should
really be
tidying up!”


"This book
captures the
very essence
of Wiltshire.”


"Full of stories
from so many
interesting people.
Even if you think
you know the
county well,
I bet you will
discover lots of
new information
and places
to visit.”


"Connecting
our mutual
experience of our
unique Dorset
with those
who live and
have lived in it
... trying to
understand,
in even greater
depth, the
alchemy that
makes our county
so very special.”


"A wonderful
book that is,
without
exaggeration,
a little masterpiece.”


"A fantastic
book ... full
of interest
and incident.”


"A bulging
scrapbook of
local history,
folklore, crafts,
recipes and
topography,
including
contributions
from the many
distinguished
folk to be
found there."

– Clive Aslet,
in The Mail on Sunday 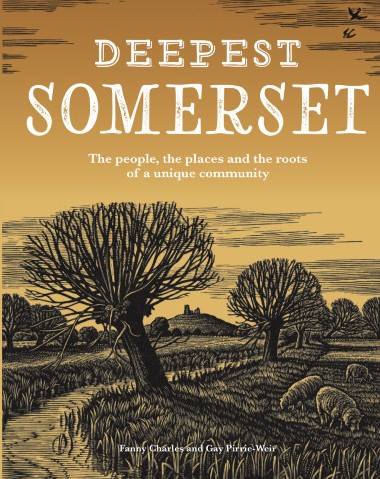 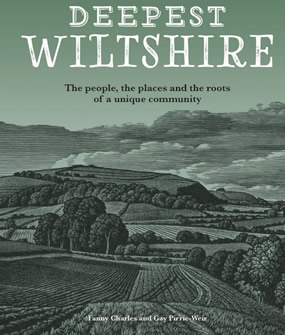 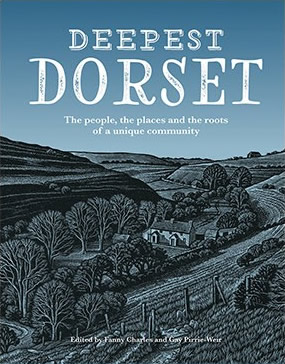 Deepest Books is a series of three titles, focusing on the adjoining counties – Dorset, Wiltshire and Somerset – which are the gateway to the West Country and are often described as “Wessex.”

Funded by the Rothermere Foundation, Deepest Dorset, Deepest Wiltshire and Deepest Somerset, are written and edited by Gay Pirrie-Weir and Fanny Charles, with recipes by chef Philippa Davis, and photography by some of the area’s most talented photographers, including Matilda Temperley, Len Copland, David Blake and Philip Hartley. All three books raise funds for charities within the counties; the total to date, at Easter 2022, is more than £75,000. (Details of beneficiary charities are below).

Deepest Books began with the publication of Deepest Dorset in September 2016 (it is now sold out). The intention was to create a full colour hardback that approached the county from a different and varied perspective, mentioning the history, the landscape and the iconic places, but also finding stories about the people who live and work in Dorset, quirky facts, places to visit and stay and how to make the most of time spent either as a resident or a holidaymaker.

Deepest Dorset was so successful – raising more than £40,000 for its charities – that we started looking at a second book. The intention was that it would be Somerset. Then we were approached by Wiltshire Community Foundation, one of whose ambassadors was Nicky Alberry, who was about to become High Sheriff. She wanted a Wiltshire book published during her shrieval year. We made the deadline, publishing Deepest Wiltshire on 28th March 2019, days before she handed over to the new High Sheriff.

Deepest Wiltshire follows a similar format, with special features on the Church and the Military, both central to life in the county. The contributors included archaeologists, artists, musicians, sportspeople and wildlife experts.

Deepest Somerset was due to be published in the autumn of 2020, but like so many aspects of life was hit by the pandemic. We suspended work on the book in March 2020, with no idea whether or when we would get back to it. In the event, we resumed researching and writing early in 2021. Deepest Somerset was published on 23rd September 2021 with a party at Glastonbury Assembly Rooms, attended by many of the people who had helped us or contributed to the book, including our funder Lord Rothermere and Michael Eavis.

About us: For 23 years, Fanny Charles edited the Blackmore Vale Magazine and its sister publications, the Fosse Way and Stour & Avon Magazines. Gay Pirrie-Weir has worked extensively for newspapers and magazines in the region and also co-wrote (with Liz Leyshon), a history of the arts in Somerset, Not Afraid to Dream. Philippa Davis is a private chef from Shaftesbury, who has worked at the River Cafe, Moro and the Mudchute Kitchen, contributes recipes to the BBC Food website and is the food writer for The Field magazine.

The Deepest Books publications would not be possible without the support of The Rothermere Foundation, a charitable trust which has paid for the printing, design and authorship of the books.